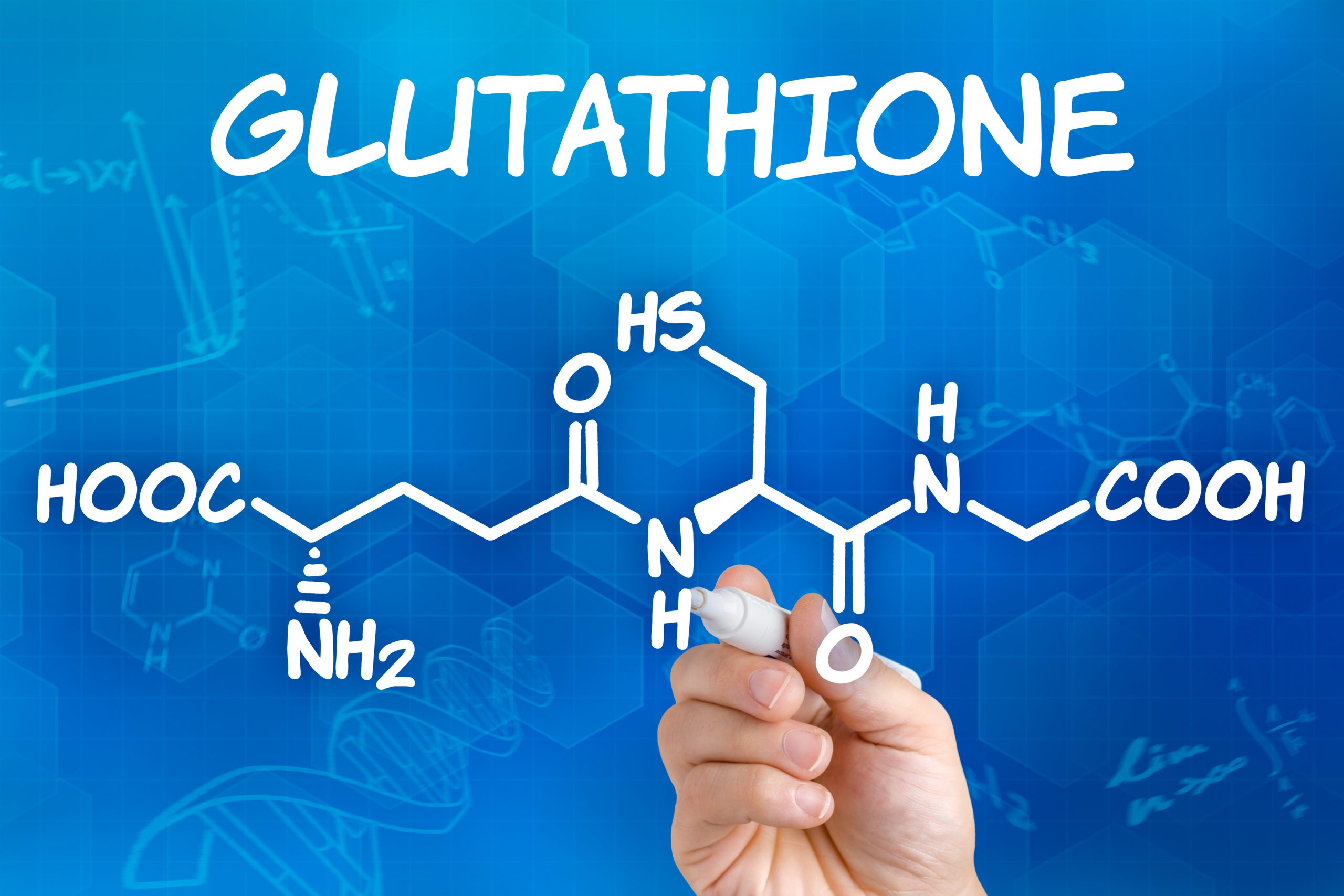 The benefits of glutathione have been reported in scientific research studies. These range from antioxidant properties to preventing Parkinson’s disease, and slowing the ageing process to reducing inflammation. But are glutathione benefits really proven? And how exactly can one little compound be so powerful? In this article, we take a look at all of the claims and separate fact from fiction.

Glutathione is a protein that occurs naturally sometimes referred to as GSH. It protects your cells from free radicals which can cause serious damage as well as diseases. Maintaining high levels of glutathione can help to repair free radical damage caused by pollution, stress, and infection. This can be especially important as you age because your cells gradually lose their ability to repair themselves.

It is made from several amino acids; cysteine, glycine, and glutamate (also known as glutamic acid). Some supplement forms have a particularly high cysteine concentration and share several of the same proteins that give breast milk its immune-boosting effects. Glutathione is so important to our health that scientists have suggested that higher levels are associated with longer life expectancy.

Low glutathione levels have been linked with a range of diseases, including, Alzheimer’s, Parkinson’s, and cancer. Not only is it a powerful antioxidant but it also aids detoxification, supports liver function, and can prevent both cataracts and glaucoma. In this section, we look at glutathione benefits in more detail.

Clinical trials have shown that glutathione has antioxidant properties which reduce oxidative stress. This stress can damage cells and even cause harm at a DNA level, leading to issues with copying genetic data. Oxidative damage can be the underlying cause of many different types of disease but is most associated with cancer. However, glutathione can neutralize these oxidative compounds so they don’t cause issues.

It also provides additional antioxidant benefits in an indirect way. Glutathione can help to regenerate other antioxidants such as vitamin C and vitamin E. This multiplies its effects and ensures your body has sufficient levels to combat free radicals.

Certain types of cytokine can lead to inflammation however glutathione supplementation has been found to inhibit this. It also prevents the transcription of genes relating to inflammation, which means they are not produced in the first place. This can have a range of health benefits since inflammation is linked to several conditions such as pulmonary conditions, heart disease, and arthritis.

Animal studies have shown that glutathione can have a profound effect on inflammation. Mice that were deficient in the protein experienced inflamed airways, however, this was significantly reduced once they were given doses of the supplement.

One of the major contributors to aging is an increase in free radicals. These build up over the years through continual stress, pollution, and other external factors. The older we get, the less able we are to regenerate our cells, which combined with the build-up of free radicals leads to increasing damage.

Studies have found that glutathione production decreases as people age, especially when women go through menopause. It can also negatively affect the immune system and make the body more susceptible to diseases. However, maintaining your levels of glutathione may help to prevent age-related declines in cognitive function and physical abilities. It can also reduce the likelihood of brittle bones and osteoporosis.

One of the less-known glutathione benefits is menopause relief. Women often experience hot flashes, sleep problems, mood changes, and weight gain during this time due to changes in hormones. However, glutathione has been linked to a decrease in these types of symptoms.

It’s thought that glutathione helps to rebalance hormone production to normal levels without the need for HRT or similar solutions. However, it’s unclear whether it does this by directly boosting hormone production or removing toxins that disrupt this process. Either way, it’s clear that oxidative stress is at the root of many menopausal symptoms so it’s worth increasing antioxidant intake during this time.

Although brain cells only make up a 50th of your body’s weight, they consume a fifth of your overall oxygen intake. The reactions that take place result in highly reactive oxygen compounds, also known as free radicals. These can play havoc with brain function as they build up and are a contributor to Alzheimer’s disease.

Research has shown that antioxidants can help to neutralize free radicals to the point that it slowed the progress of Alzheimer’s. In research studies conducted with mice, increasing glutathione helped to increase memory in those with the condition. This shows promise for human trials but it is not yet proven that it would have the same memory-improving benefits.

One of the contributors to Parkinson’s disease is oxidative stress that affects the nervous system. Studies have found that people with the early stages of the condition also have low glutathione levels in a specific part of the brain. This is the part that is particularly affected by the disease (the substantia nigra) so there appears to be a strong link between the two.

Drugs that increase glutathione levels have been shown to help prevent Parkinson’s disease. It is thought that more trials are needed to establish long-term cause and effect beyond doubt. However, this shows promise for the future and could be a preventative measure in the meantime.

Cystic fibrosis leads to free radicals being released in cells involved with inflammation. It also reduces glutathione levels so that there are fewer natural defences against them. However, supplemental glutathione has shown to result in some marked improvements.

Recent studies have found that treating cystic fibrosis patients with glutathione benefits lung function and overall capacity. It appears that inhaling the compound can rebalance antioxidant levels and help to reduce inflammation. Other forms can decrease the symptoms so that sufferers enjoy a better quality of life.

The incredible range of glutathione benefits make it a promising supplement for all-around health. It has powerful antioxidant properties that may help to protect against free radicals and slow down the aging process. Since it’s naturally present in every cell in the body, supplementing your levels can benefit every area of your health.

There are few side-effects related to glutathione, however, it is not suitable for women who are pregnant or breastfeeding. Unfortunately, many people dislike the taste which makes taking it orally a problem. It’s also poorly absorbed by the digestive system which means you won’t get many of the benefits if you can manage to take it. This is where glutathione patches can be a practical solution. They bypass the digestive system and absorb directly through the skin so you don’t need to worry about low bioavailability or nasty flavors.

Try Our Glutathione Plus Topical Patch

Our Glutathione Plus Topical Patch can provide all the nutrients required for the body to enhance its own Glutathione production. It utilizes ingredients known to support detoxification and may assist in liver health as well as supporting healthy immune function. Plus, the carefully selected ingredient can support the recycling of glutathione within the cell itself.

Detoxification of damaging free radicals are key to optimal liver health, immune system functioning, and slowing energy production in the cells. This can lead to a build-up of toxins in the liver and other organs, damage to cells requiring more cellular repair, and the inability of energy production. Our Glutathione Plus Topical Patch can help to fuel your body with the essential nutrients it needs to maximize production. It also contains additional antioxidants such as vitamin C and Coenzyme Q10 to deliver a comprehensive dose and boost your levels. Simply wear the patch under your clothes or overnight to absorb everything you need to enjoy glutathione benefits without hassle.